Welcome to the Career and Technical Education & Instructional Technology Website 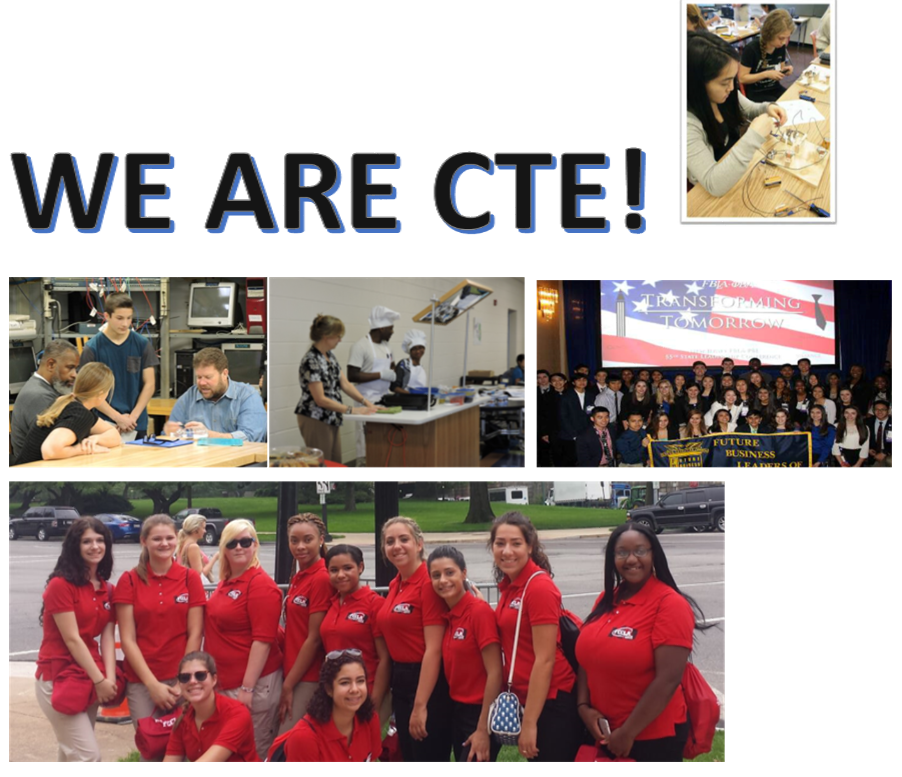 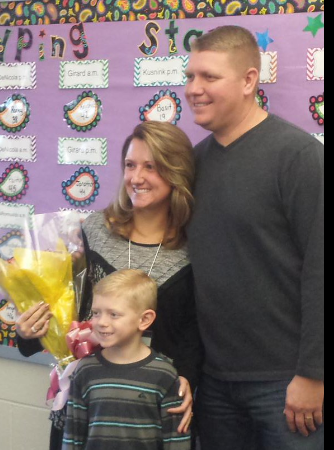 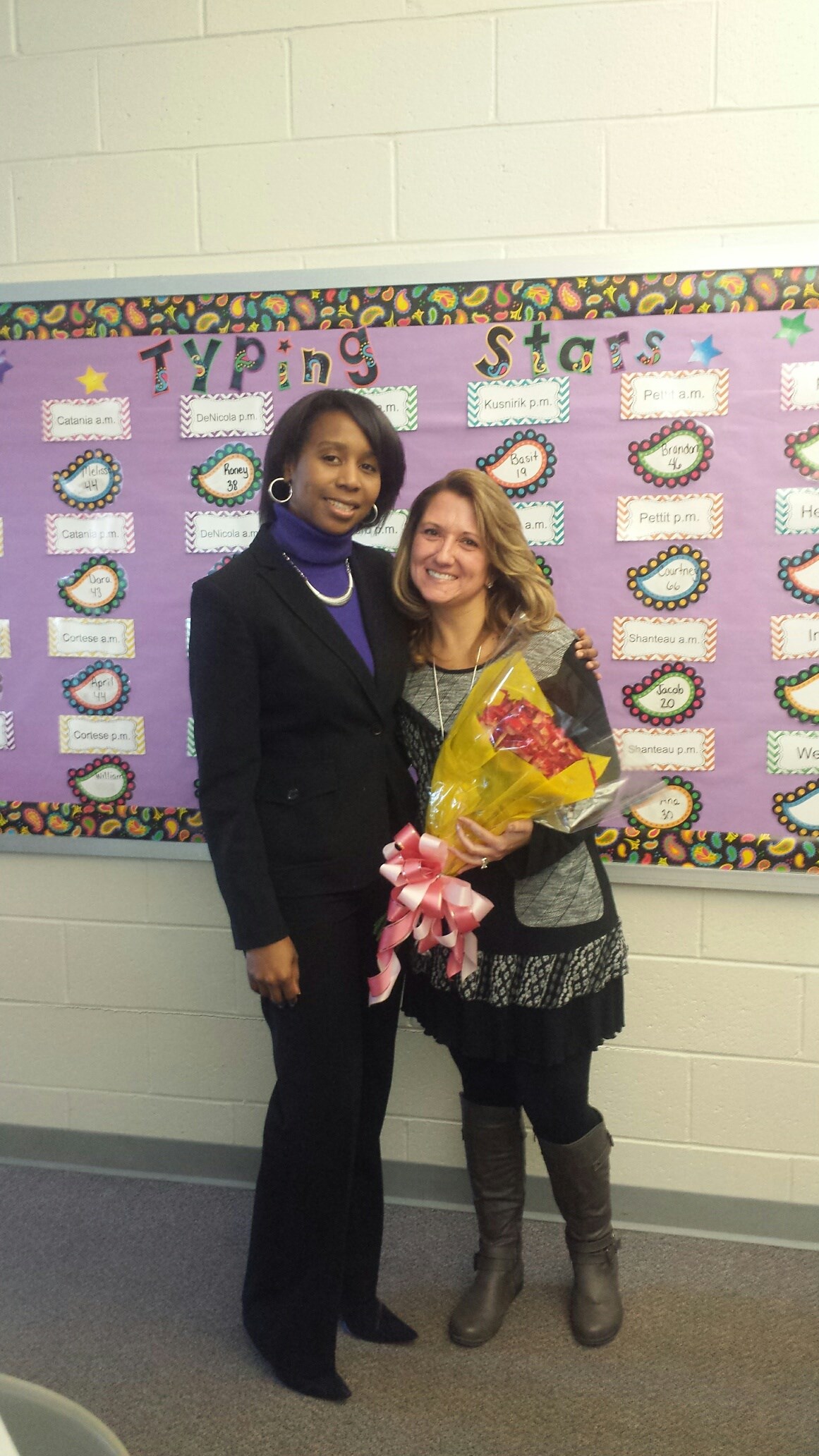 On Tuesday, June 7th, 2016, students from the Academy of Law and Business had the opportunity to visit the Federal Reserve and the U.S. Mint in Philadelphia. Students learned about the development and history of U.S. currency, along with gaining an understanding of the operations and responsibilities of the Federal Reserve. Students also experienced how currency is manufactured and distributed at the U.S. Mint.

On Tuesday May 24, 2016 Egg Harbor Township High School Computer Science teachers, Adam Swift and Joe Dilks showcased a notable design project that their students have been working on in their classes at the board meeting.  The teachers are participating in the Enable project, partnering to provide prosthetic, 3D printed hands to childern and adults born with missing or defective limbs.  The teachers talked about the use of Tynker software to have students compete in a design challenge to customize the hands, before actually printing out the pieces on the Mojo 3D printer.

On Thursday May 19th CTE teachers and students participated in the spring adcisory meeting and student showcase. The students had an opportunity to showcase their projects and some the activities that they have been doing in the CTE classrooms throughout the course of the school year.  The teachers had an opportunity to meet with Business, industry, and college representatives that provide insight on coursework, equipment, projects, and hands-on experiences for our students.

EHT Technology Student Association (TSA) students attended an all-expenses paid tour to the Edmund Optics facility in Barrington, NJ on April, 6 2016. Students and advisor, Etzel Brower, were graciously welcomed into this facility by Ms. Rebecca Emerich who prepared a Power Point on the Optics Industry to support a brief history of Edmund.  We met Ashley, Scott, Andrew, and others who shared their careers and visions with a captivated student audience.  Ashley discussed the importance of finding a career that you enjoy!  Scott used ray diagrams to determine image location, size and orientation, around the two focal points on a lens.  He discussed the types of images formed when objects are placed at given locations.  Andrew opened with a humbling statement, “if you can’t measure it, you cannot make it”.  Discussions on glass grinding and polishing left everyone amazed with the accuracy of G-code Computerized Numerical Control (CNC).

On Wednesday April 6, 2016 Education and Training 3 students attended Rutgers University for a teachers education program workshop. The purpose of the field trip to Rutgers University - Newark was to recruit future teachers. Topics included the impact that future teachers can have on making the world a better place. This starts in the classroom with teachers who are focused on providing students with a positive outlook. Students attended two workshops during the conference. The first workshop attended, “The Power of Your Voice: How Future Teachers Can Change the World.” The second workshop, “Being Powerful Leaders Now.”

Students enjoyed both workshops and learned that they can make a difference as to enrich the lives of future students when becoming educators. Students also enjoyed meeting the Mayor of Newark, NJ, Mr. Ras Baraka, key note speaker, sharing an inspiring message to future educators along with his professional journey and experiences. Another key speaker included Mr. Wendell Steinhauer, NJEA president.

On Wednesday March 30th Sheikh Mahmud participated in the 3rd round of Delaware Valley Science Fair at the Greater Oaks Expo Center in Oaks, Pennsylvania with advisor Etzel Brower and her parents. Sheikh received a 1st place category award in Mathematics and a $100 check. Sheikh was also interviewed for international competition, but was not selected at this time.  Congratulations! 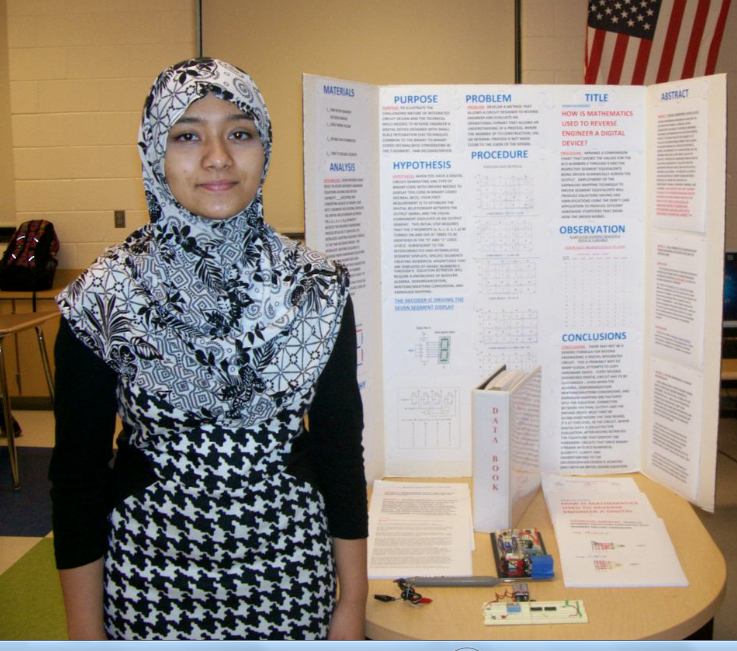 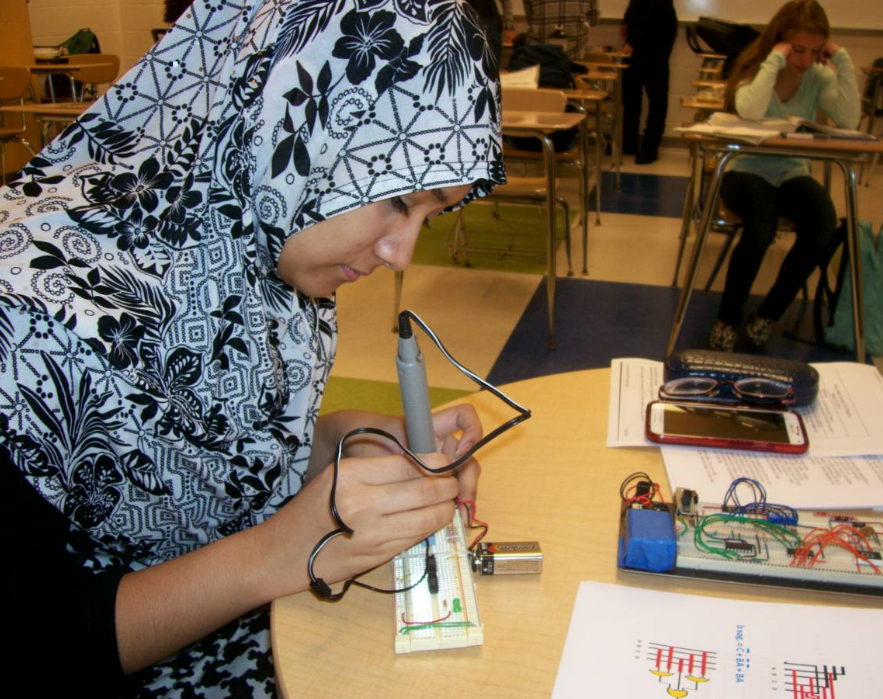 Academy of Law and Business Students attended a college visit at Rider University. The studnts started their day with an information session on the college main campus and then split into two groups to tour the colleges academic and housing facilities. 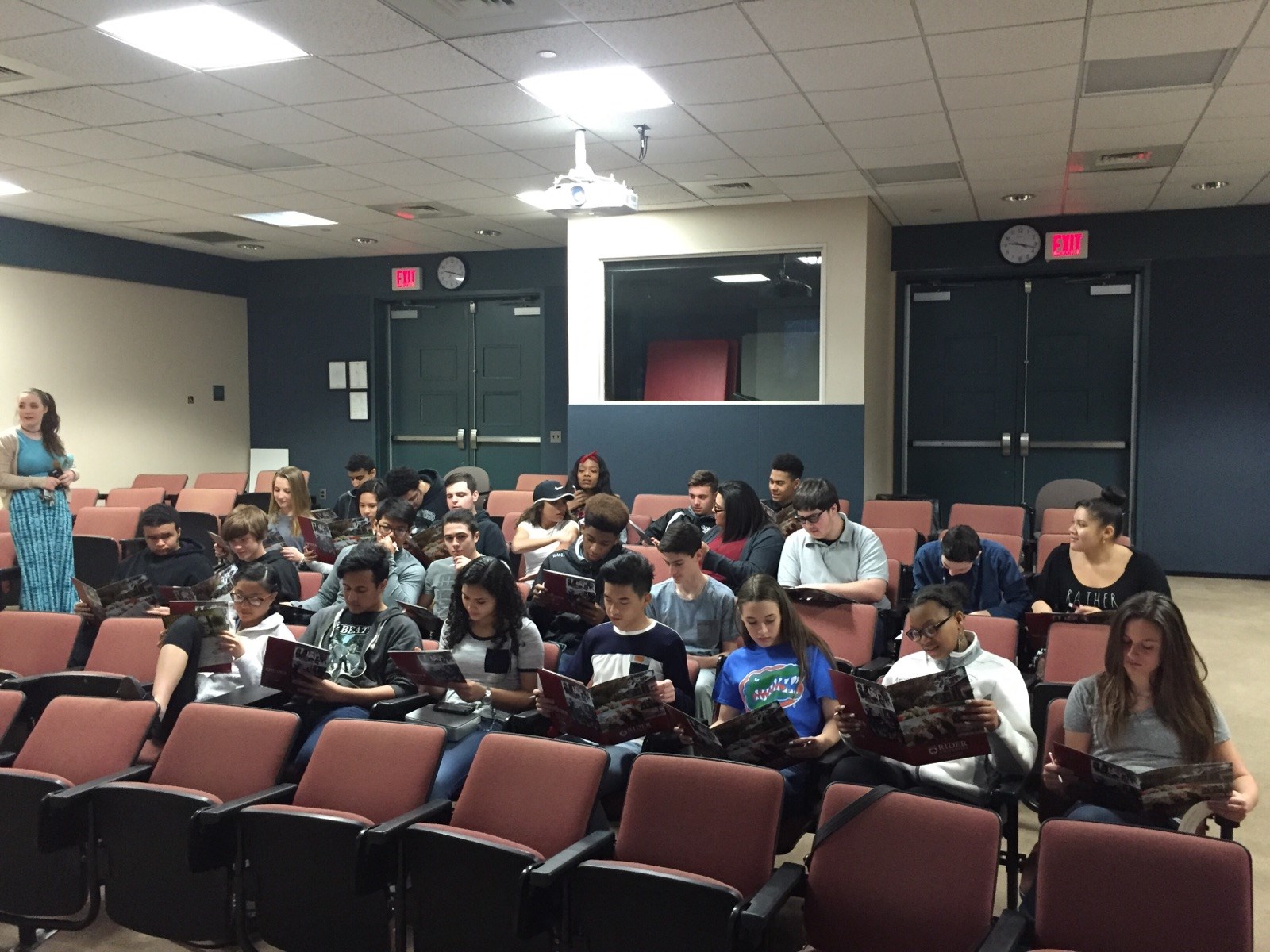 On Monday March 22 and March 23rd FCCLA students participated in the state leadership conference in Cherry Hill, NJ.  The students competed in various categories against FCCLA students state wide.  Five of the students received goal medals in their competitive categories and qualify for national competition. The Egg Harbor Township FCCLA website was 1 of 15 of national website winners and they also qualify for state competition. http://ehtfccla.weebly.com/ 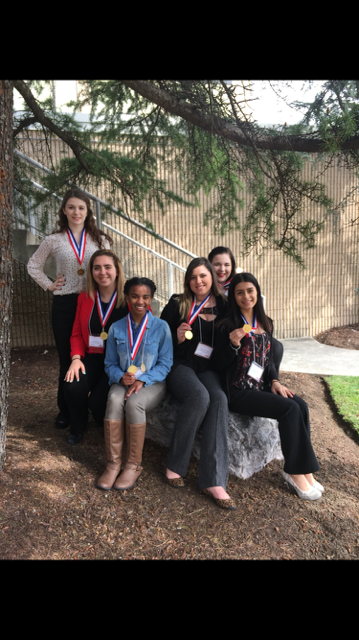 On Friday March 18th, 20 students from our AP Computer Science Course competed in the first annual CSTA South Jersey Chapter Programming Contest at Stockton University.  The competition involved completing a variety of programs within a 2 hour window.  After the programming challenge, students had a meet and greet with several faculty members and current students of Stockton University’s Computer Science Program.

(Two of our students, Trevor Kopp and Jon Tyler Kurtz, were part of 6ABC News report on the event)

On Monday March 14th Professor Jaqui Chetty from the University Johannesburg in South Africa came to Egg Harbor Township High School to work with Adam Swift’s Honors Java students. Professor Chetty is a visiting professor at Stockton University. During her visit she talked to the students about careers in Computer Science and assisted them with the build and introductory programming of their new Lego MindStorm robots.  Professor Chetty shared insights about the Computer Science courses and programs in primary schooling and at the University level in her native country, South Africa.  Dr. Chetty’s tour is part of the partnership with Stockton University aimed to teach computer coding skills for a global market. The partnership is designed to reach children from South Jersey to South Africa, Leading to future careers in the growing Math/Science Field. 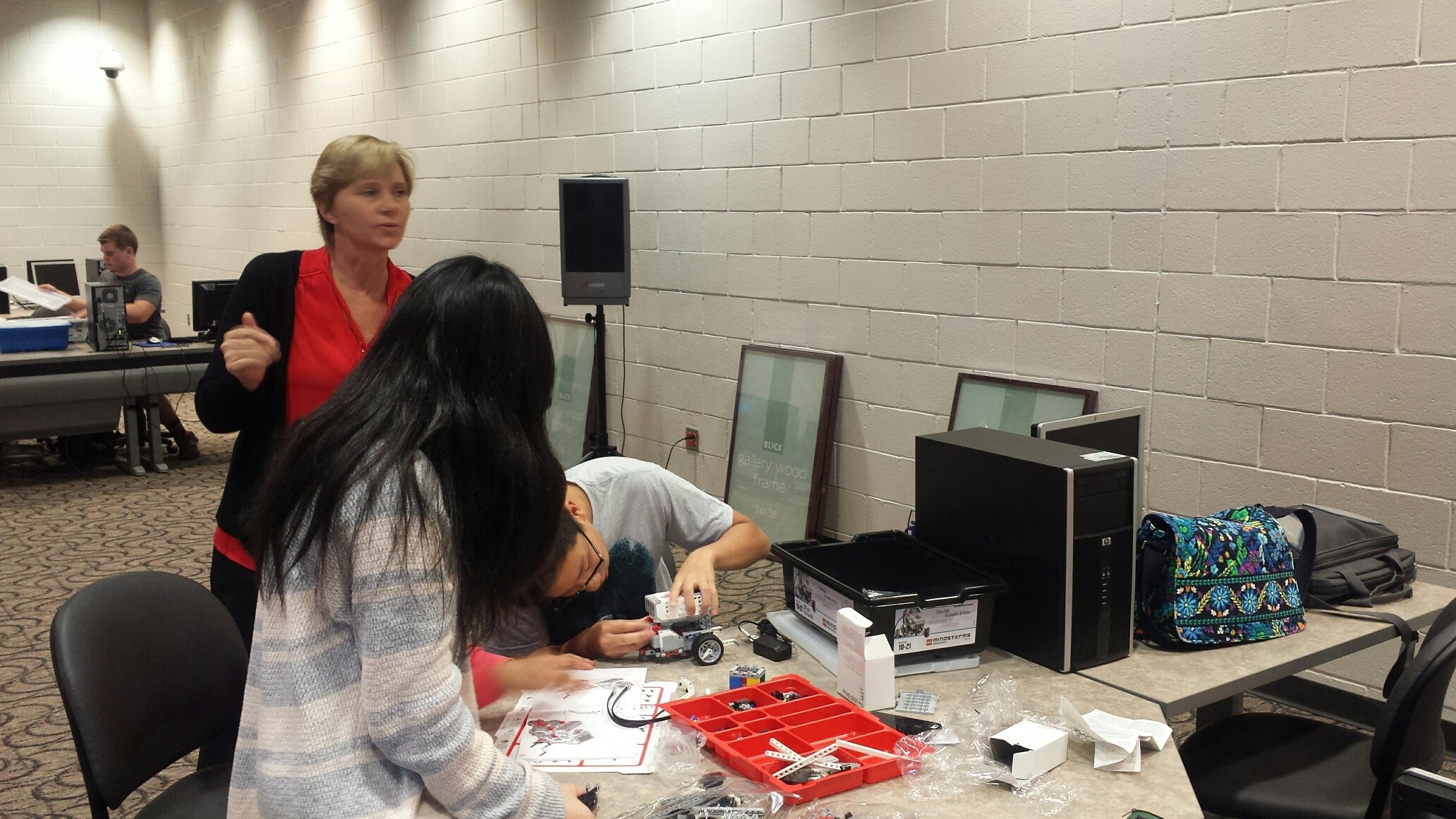 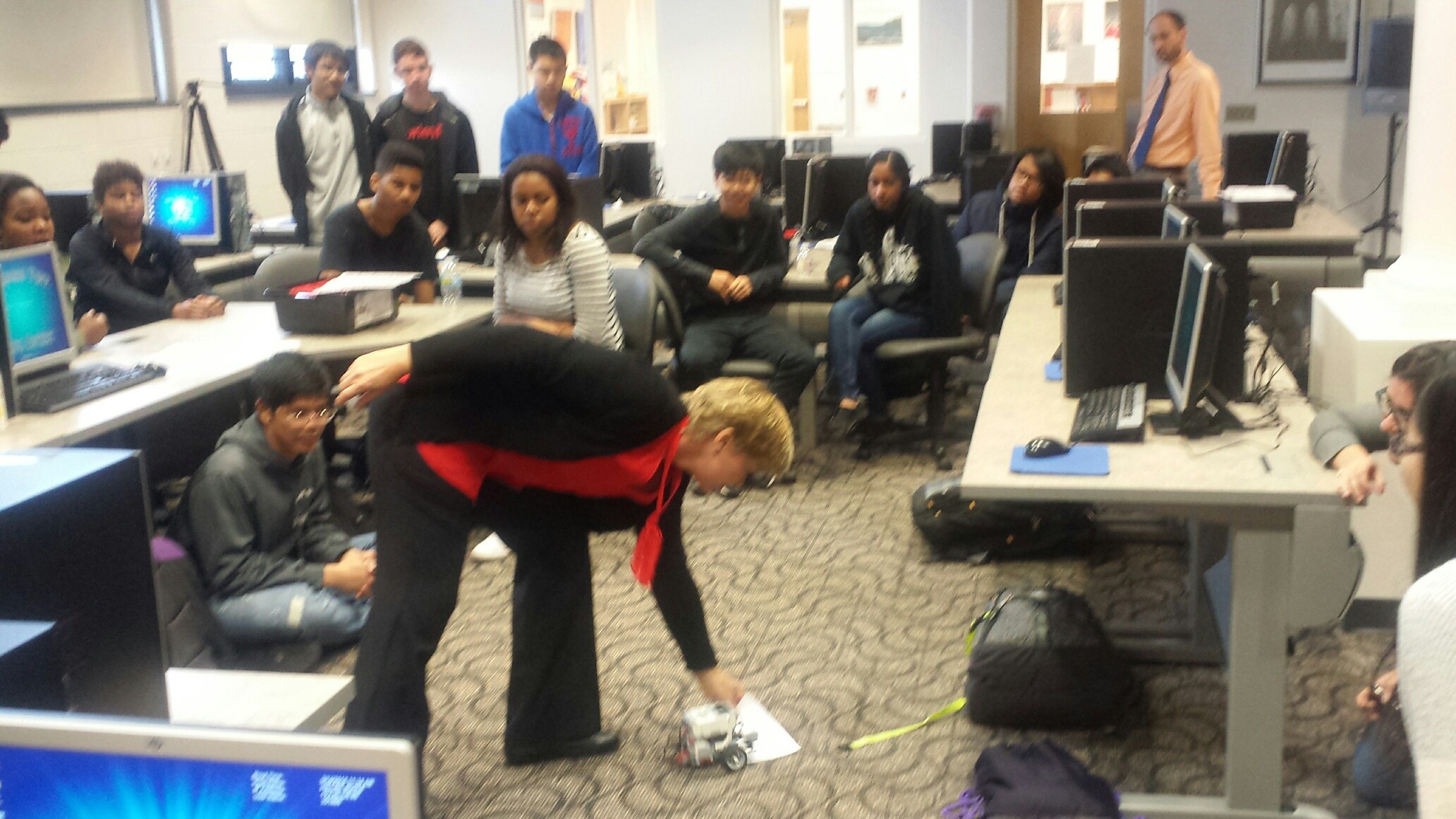 On Saturday, March 12th 2016 Education and Training 3 and FCCLA students hosted their 9th annual character breakfast. The morning was filled with youngsters dressed in a variety of princess, disney characters, and super hero costumes. Children played a variety of games, participated in activities, such as dance with a princess, and earned prizes as they played games. There was also a light breakfast and raffle for the guest to win a chance at gift baskets, cakes, and gourmet cookie trays. 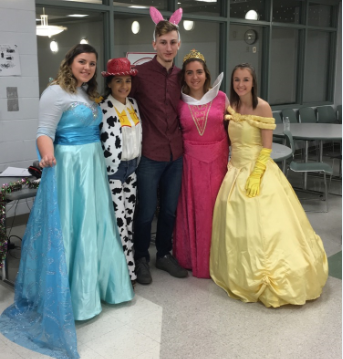 First year members of the EHT Technology Student Association secured and received the 2016 New Jersey State Title in Optics Engineering.  The event was held in Ewing at The College of New Jersey on Saturday February 27th, 2016.  State Title winners are eligible to compete in the 2016 National TSA Conference but because this event has not yet been established at the national level, students will instead be invited to an all-expense paid event by Edmund Optics Corporation.

State title holders competing in the Optics Engineering event from left to right are, Danny Tozer, Joe Spano, Ebert Serrano, Fabian Maldonado-Velazquez, and Brad Fauntleroy. These students designed an animal shelter powered by roof mounted solar cells, optically switched during the day through a plano-convex lense to the charging circuit.  This design allowed rechargeable batteries to be charged and used as a heat, light, and ventilation source to its inhabitant(s) during the night time. 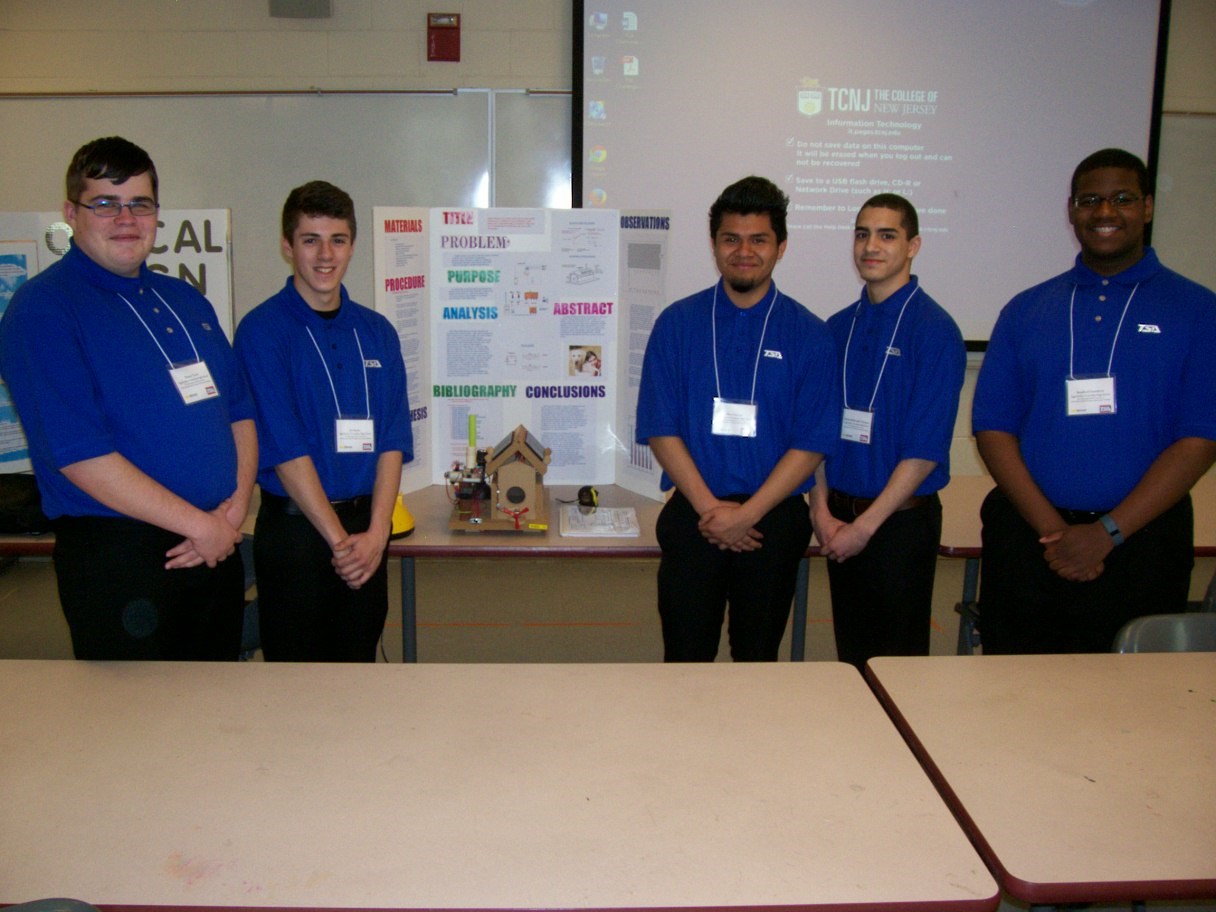 With the assitance of their teacher/facilitator, Mr. Adam Swift, three students participated and and are winners of the National Center for Women in Information Technology (NCWIT) Aspirations in Computing Award for the greater Philadelphia Region. Cindy Luo (also a National Runner Up), Mulin (Selina) Li, and Emily Hua are local winners representing the Egg Harbor Township High School. Congratualtions! 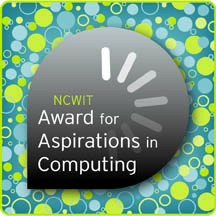 On Wednesday January 20th EHT high schools' first graduating class of Academy of Law and Business students completed their senior experience. This was a culminating internship experience built into the students schedueles.  Students interned at local businesses and legal entities in the field of law and business.  The students spent their first semester job-shadowing, networking, and learning more about the fields that many of them wish to continue their academic studies in and eventually pursue careers in.  The students pictured above from left-right are Khang, Jonathon, Nabila, and Marcus. These students completed their senior experience filed placement at the Atlantic County Judiciary. The students along with the wonderful staff at the AC judiciary participated in a exit interview and reception to talk about their experience with the judiciary. 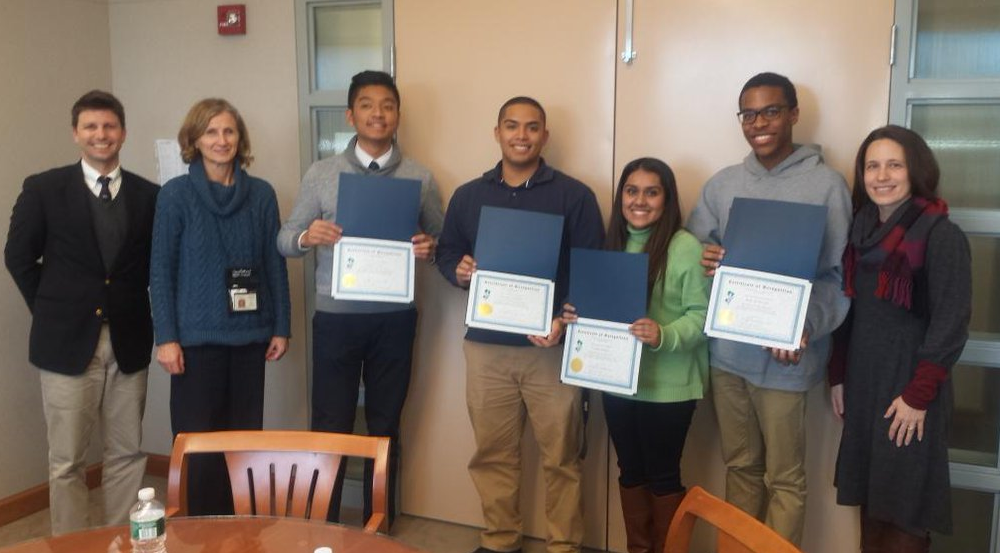 Education and Training 1 & 2 students and pre-school children presented a holiday show for parents and staff in the classroom. The songs and holiday treats were topped off with a visit from Santa who shared the pre-school students' letters to Santa with parents.  Education and Training 3 students prepared a holidays around the world show for parents, students, and staff in the auditorium. The show included collaboration from several departments including Fine and Performing Arts, whose dance students provided a "Snow Flake" dance performance during the show, while another student played the piano live as the pre-school children sang their holiday songs.  The students and teacher, Judith Tucci, also collaborated with Industrial Arts, Photography students and teachers to take pictures of the children to display during the performance and create the program and large photo matte of all of the students in Santa's chair. 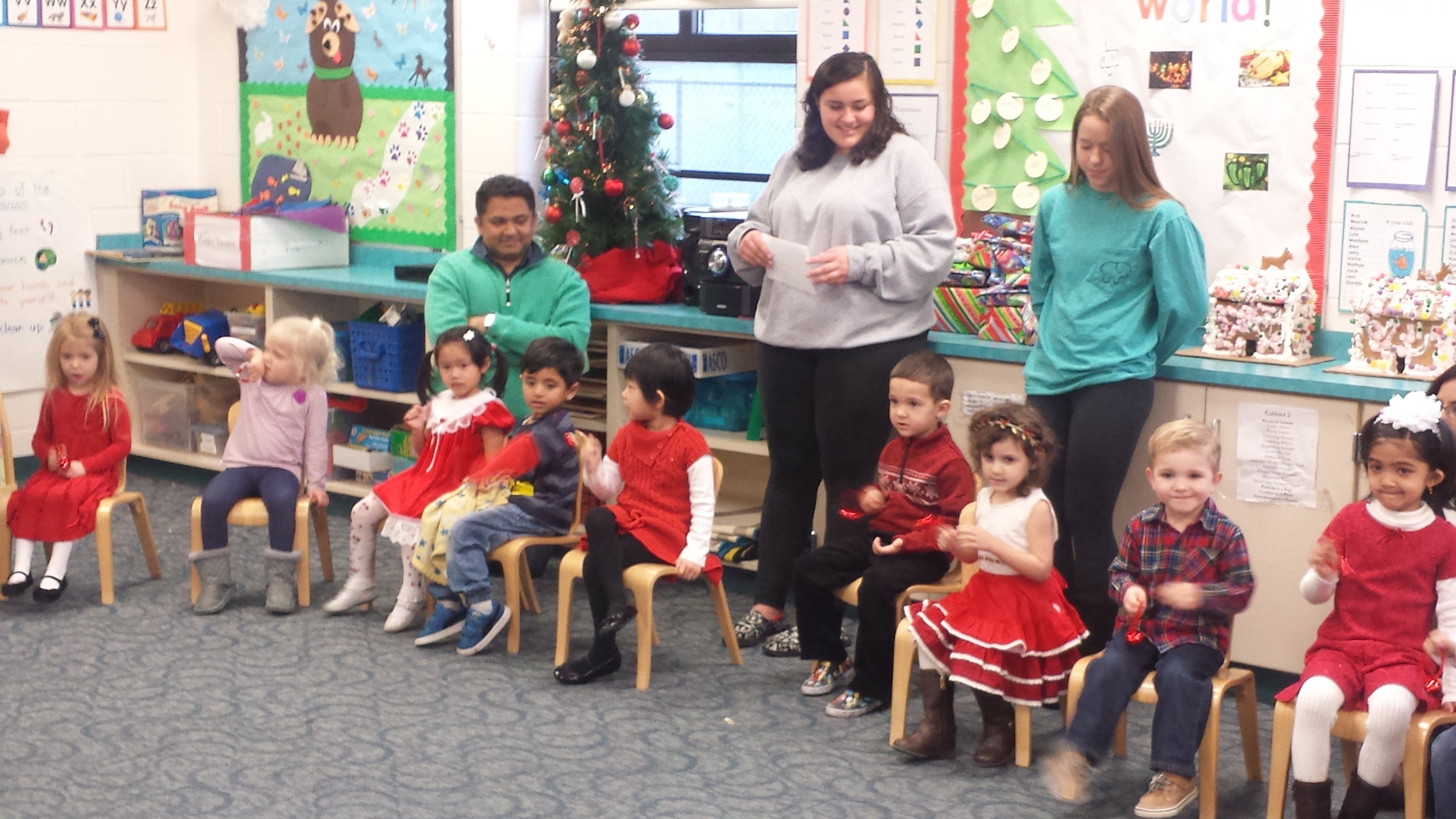 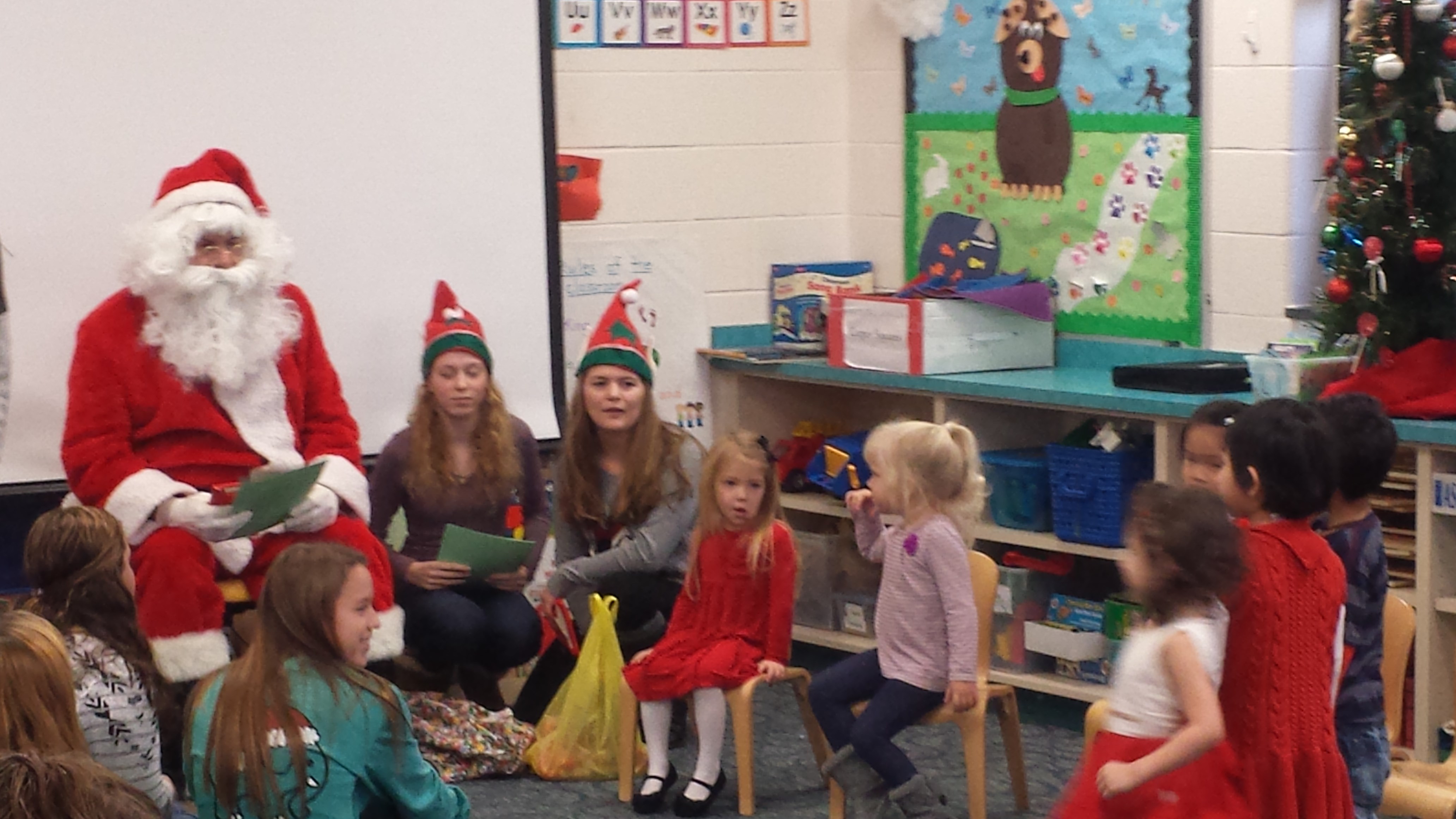 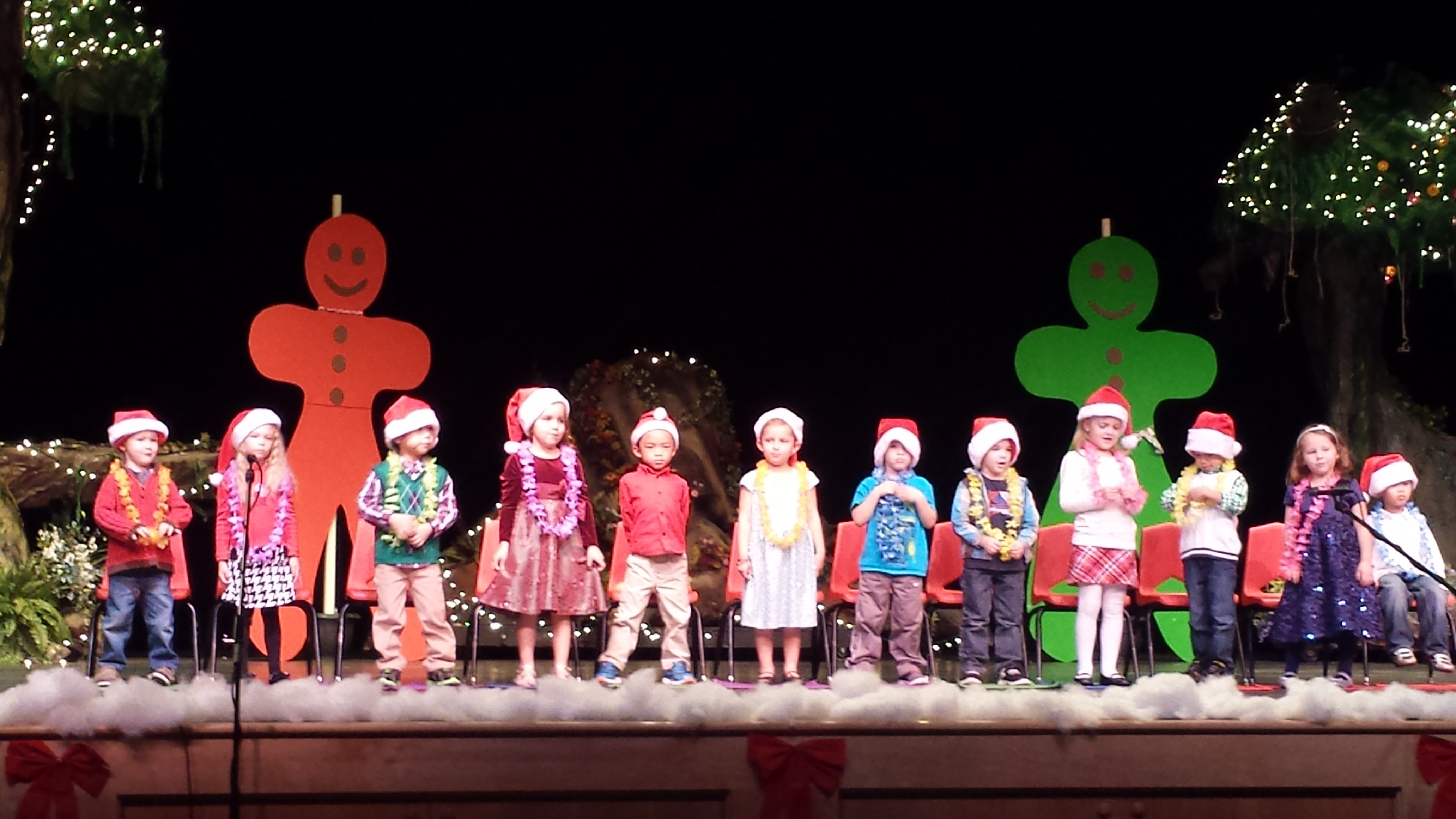 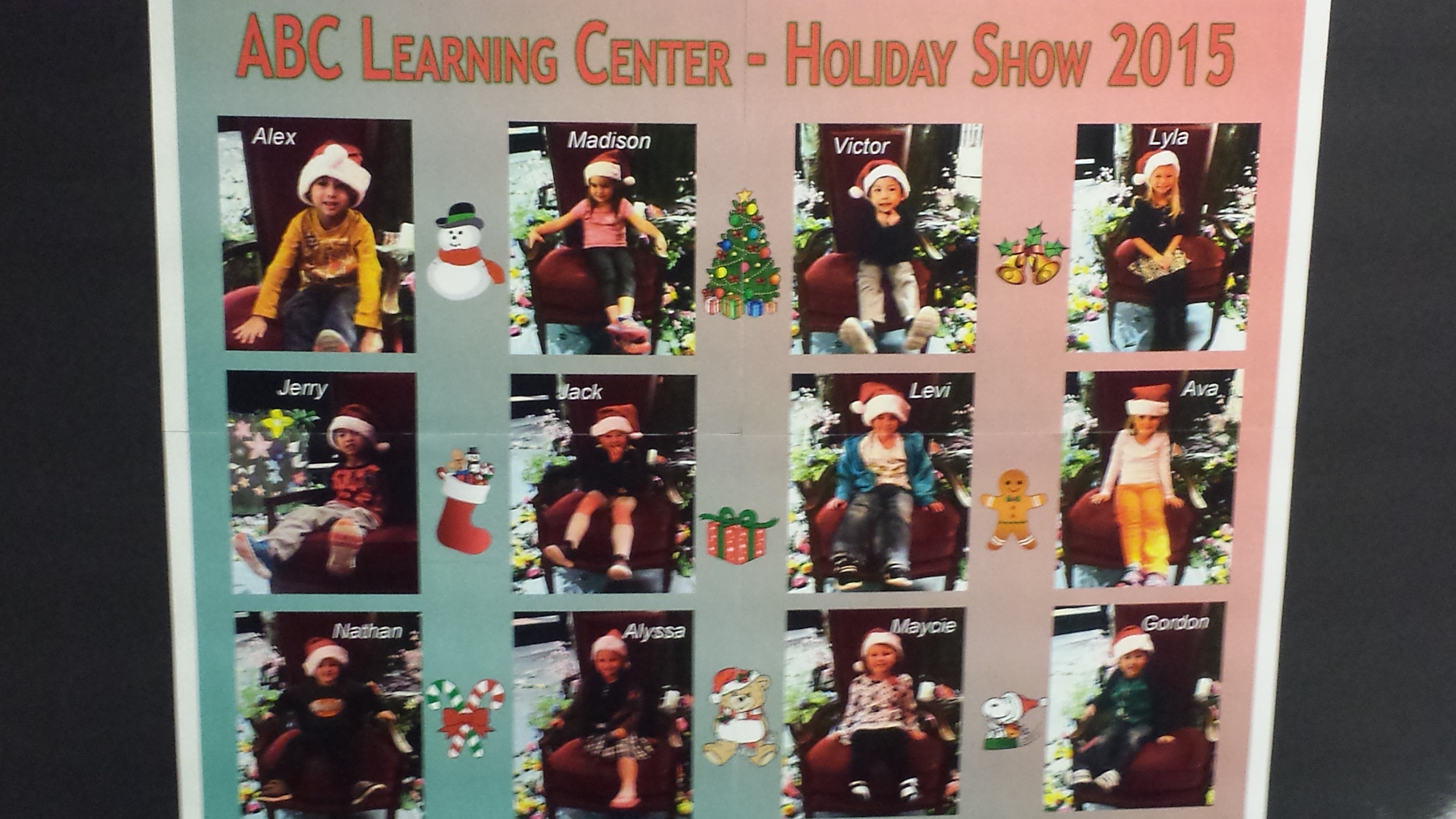 Congratulations to Business/Computer Science teacher Adam Swift, whose proposal for a poster presentation on Artificial Intelligence was accepted for the ISTE 2016 conference in Denver. Congratulations Mr. Swift!

Egg Harbor Township school district participated in the Hour of Code week December 7th - 11th. Students in K-12th grade participated in activities from code.org, including Minecraft, Star Wars, and Frozen, and other programs including, Lightbot, Kodu, Tynker, App Inventor, Code academy, Scratch, Earsketch and more. Coding exposes students to logical thinking, spatial awareness, movement, and the understanding of the inner workings of computers and technology devices. The hour of code will extend through the month of December for many teachers and students in the district.

On Monday November 23, 2015, Hyundai representatives, Bill Baitezel and Peter Hillman presented the keys to two modern vehicles for the Auto program. In cooperation with Hyundai America the automotive program was presented with two modern technology designed cars which will allow students to work on industry relevant cars and learn how to use sophisticated diagnostics tools. 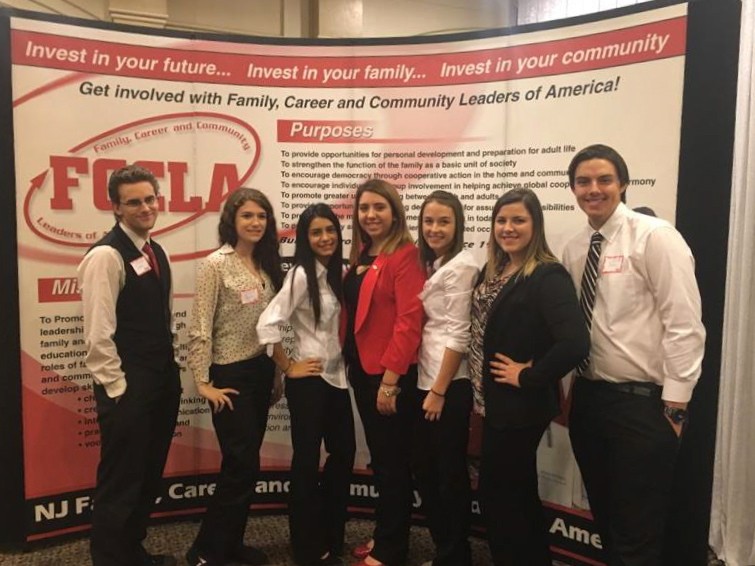 Pre-school students at the ABC Learning Center began their first day of school on October 16, 2015.  High School students in Education and Training 1, 2, and 3 classes with the supervision of their teachers will have the opportunity to prepare lessons and center activities and work with the pre-school students on developmentally appropriate learning. 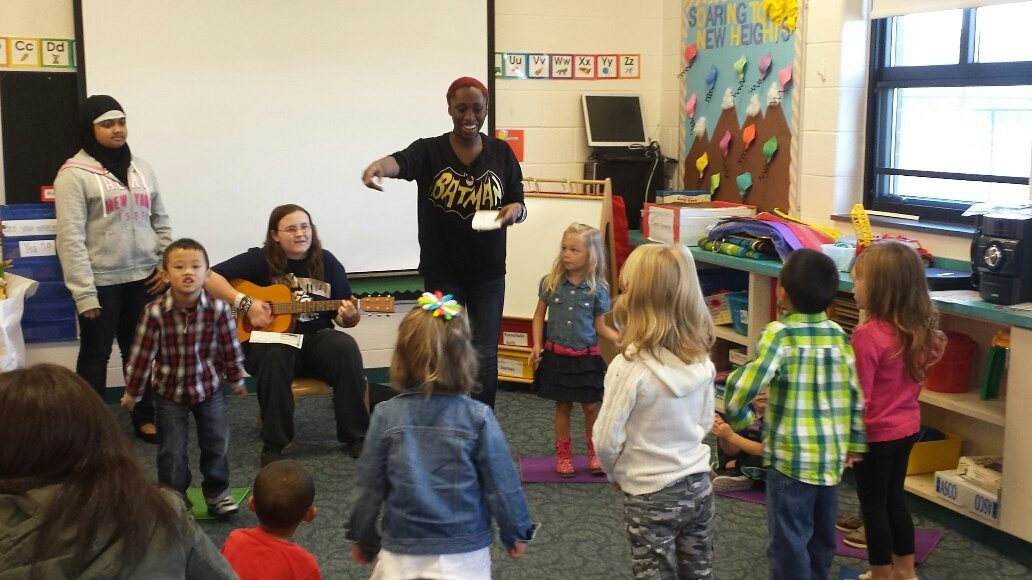 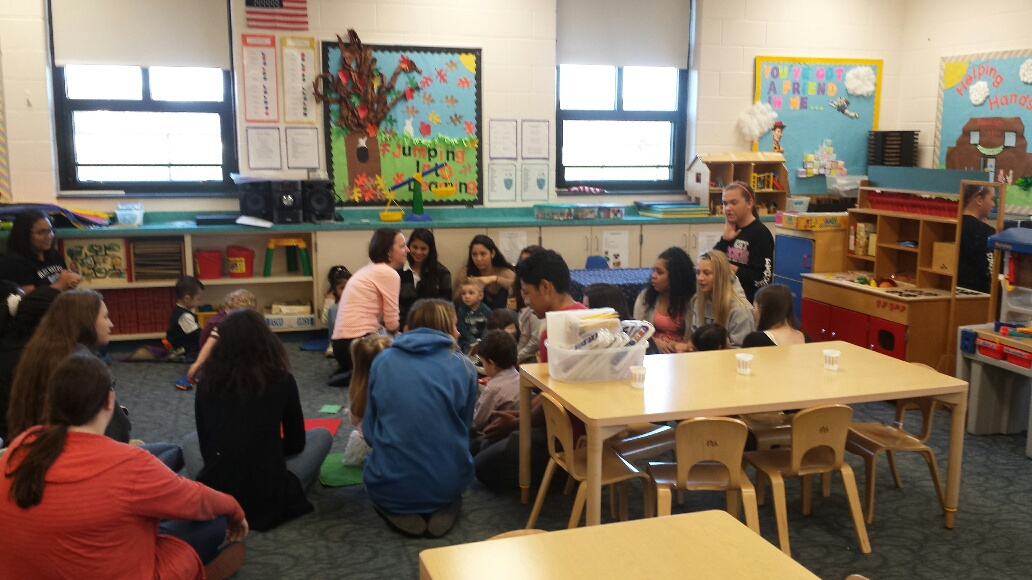 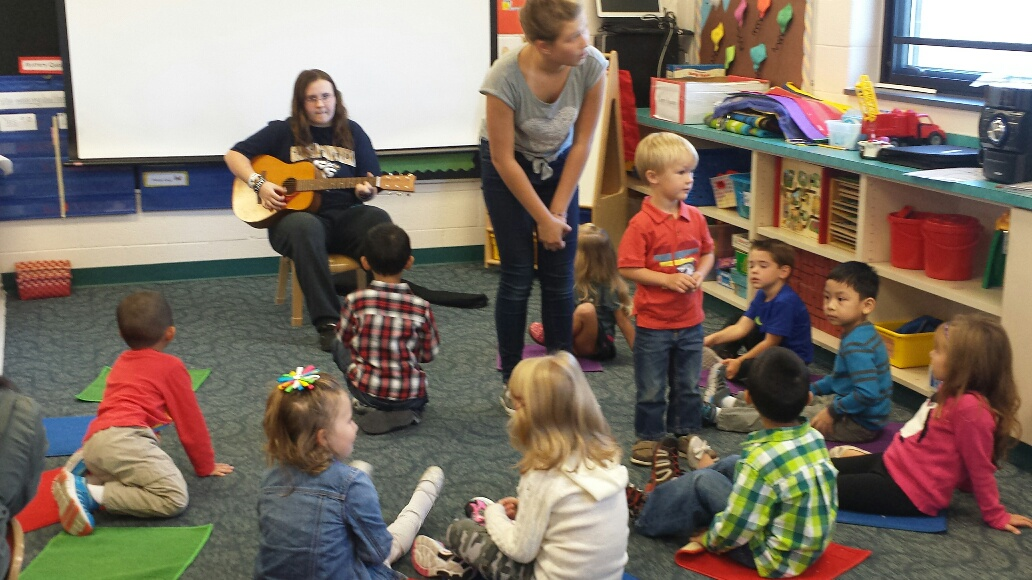 ALAB Students prepare to start their senior experiences. Students will intern with local businesses and divisions of the law to gain real world experience in the fields that they have an interest in.  The students in the Academy of Law and Business have spent the last three years and this fourth year in courses that are concentrated in Law and Business giving the students an opportunity to decide whether to further their post-secondary studies or careers in these fields.  Student's pictured below take pictures for their ID badges as they prepare to start their field experience with the Atlantic County Judiciary. 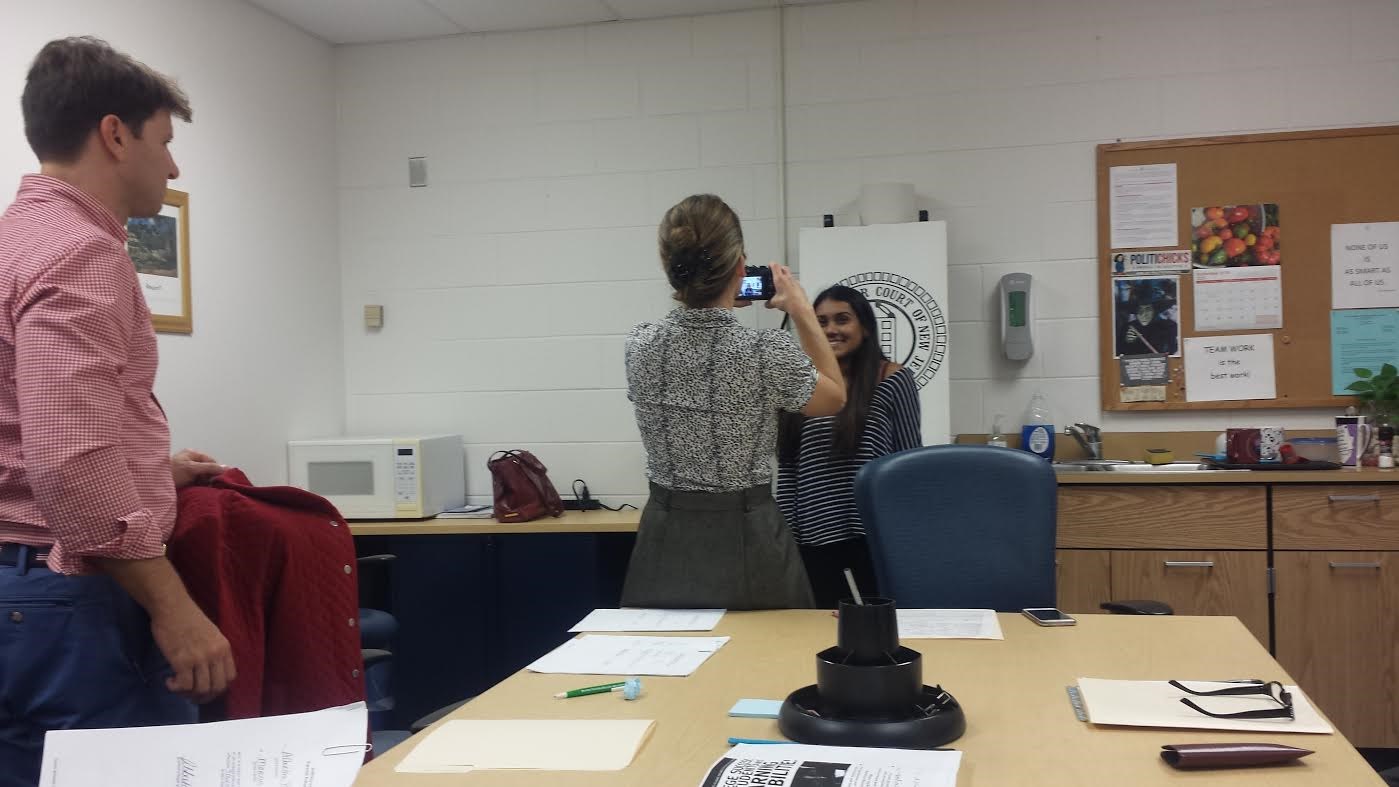 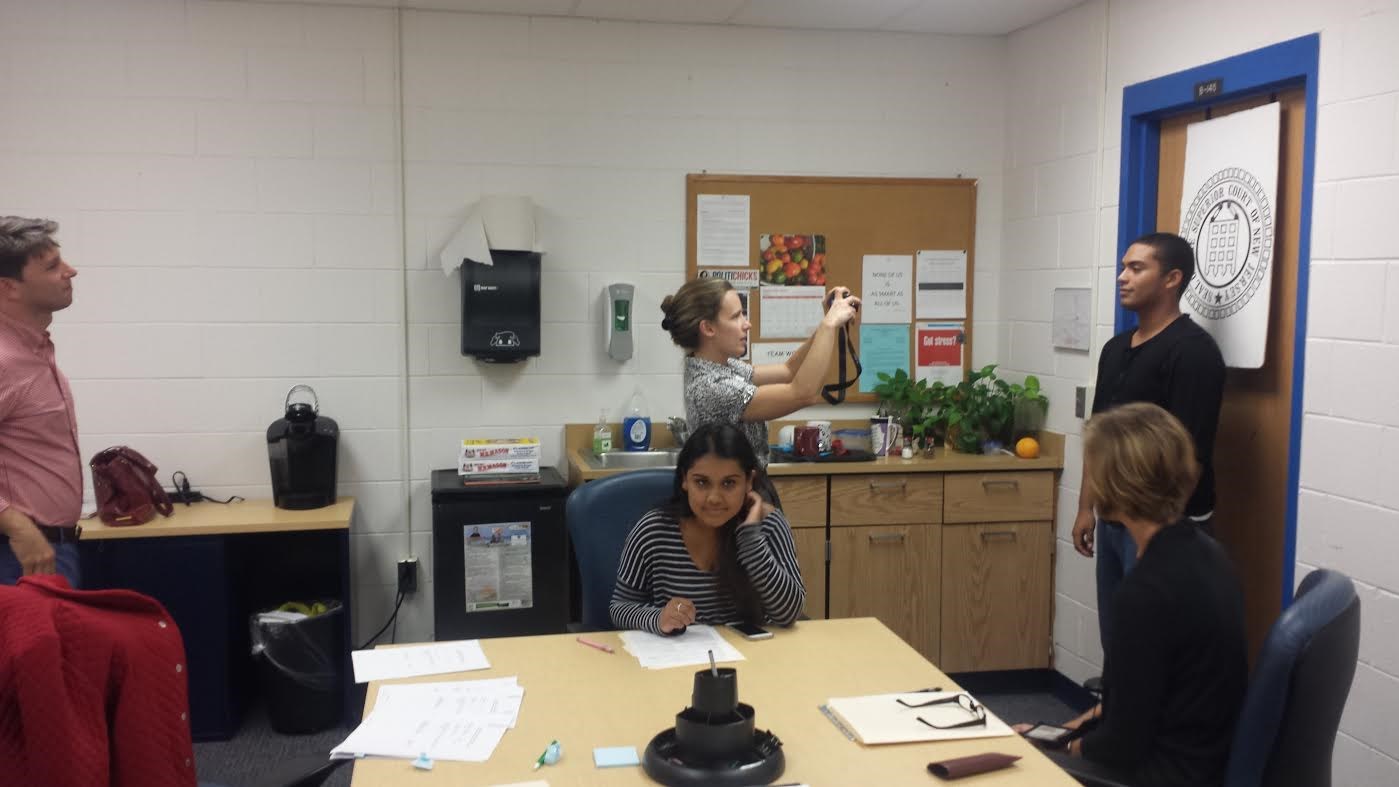 Business and Law Employers include:

Congratulations to the following students for passing the AP Computer Science Exam during the 2014-15 school year!